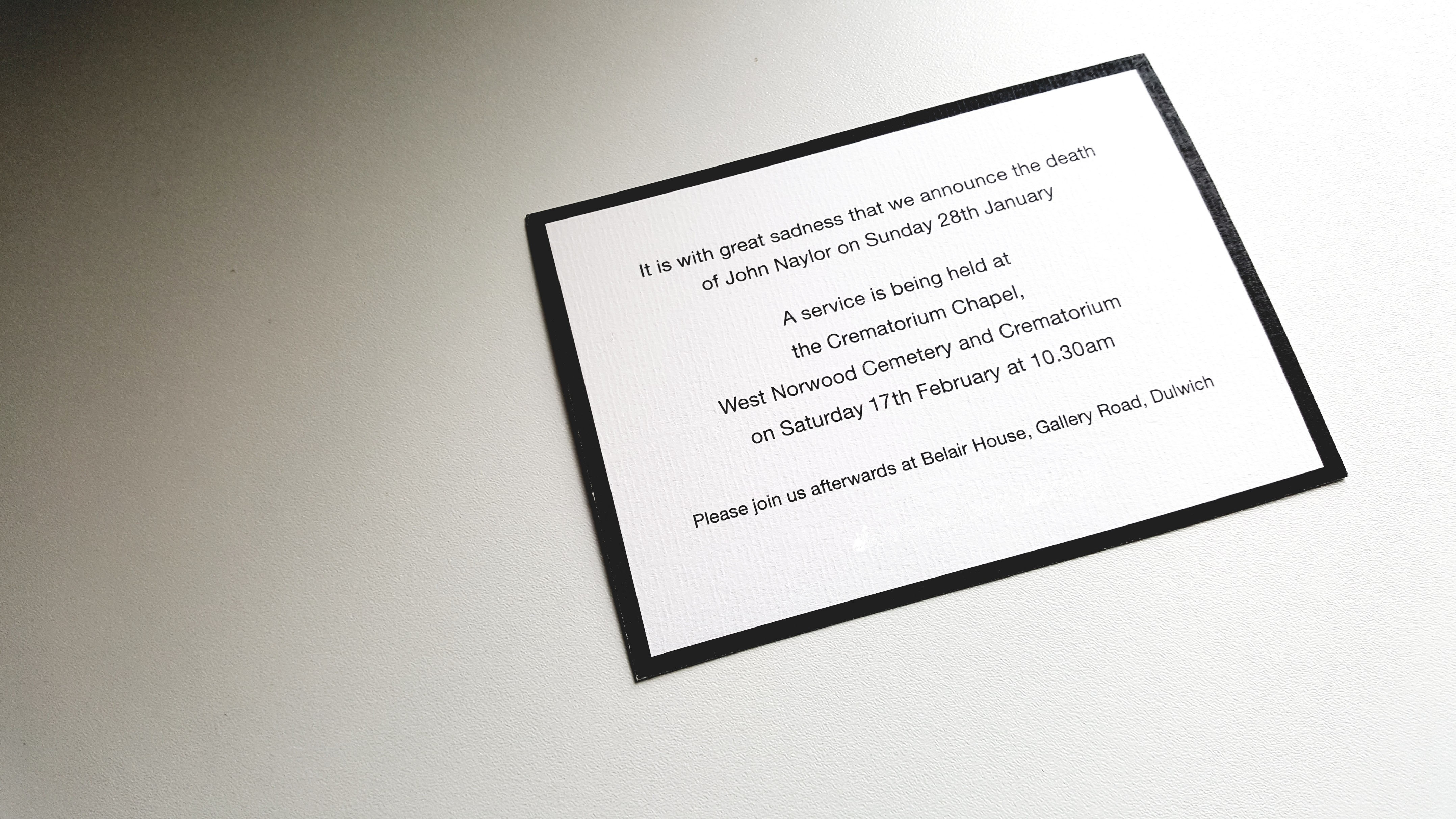 Death of a Mentor

I first met John nearly twenty years ago, though he only started to mentor me in my late thirties. Everyone has a different view of mentors, often they are there to listen…and sometimes there to be listened to. They can be there at the start of your professional, business or creative journey and much appreciated along the way.

John was a very special person. In a chance conversation over a decade ago I mentioned I was writing a book and considering seeking a publisher He immediately offered to take a look at the 30,000 words I had been labouring over at the time. I posted the manuscript to him and a couple of days later he phoned and said how absolutely marvellous everything was, but would I mind…if here and there…he inserted the odd capital letter, comma, made the occasional tiny grammatical tweak. ‘Sure’ I said, already imagining vast quantities of royalties pouring in, the vision was all there, splashing out on a yacht, purchasing a glass fronted luxury apartment, exotic holidays, etc.

A week later, the two inch thick manuscript thudded on to my doormat, accompanied by a seven page letter from John. On the manuscript itself, which was about version 15, over every page, and I mean every page, up the margins, on the headers, footers, sometimes on the backs of pages was John’s distinctive red spidery longhand.

In his own unique beautiful, warm, sensitive, and graceful manner he had conveyed, without the need for any harsh criticism or even directly having to tell me anything at all that – this was a load of rubbish and I would never get it published.

My experience of the various meetings with John over the years, was an invisible form of not only mentoring but guidance. He would say of writing, ‘Read it, read it out loud, read it again, think about it, rest it, put it in a draw, then revise it, rewrite it, and keep going…’ He possessed the art of getting people to realise something for themselves, and lightly blew them in the right direction. His support over a number of years meant, I was eventually able to write, and went on to secure several commissions from major publishers.

Life can be full of unexpected experiences, some good and others which are frankly awful.  Our lives can change quite suddenly, a mentor can often help you cope with the ups and downs of an enterprise, career or life. One thing John did convey to me, when interacting with everyone, is the importance of thoughtfulness, conveying respect and above all kindness. Without John I would not have learned such valuable lessons.

So John, a fond farewell. I miss you.